> Why are Del Morino implements a better choice?

Del Morino tractor implements have been designed from the ground up as “small tractor” implements. This Italian company has been manufacturing farm implements for small farms since 1875! We love Del Morino implements at SOTA because they are simply, excellent. 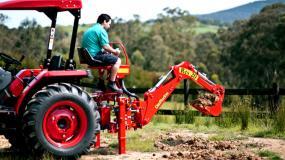 Tractor Backhoe Attachment for Small, Medium & Large Tractors A Del Morino tractor backhoe is a superbly engineered machine that can be fitted to any 18-120hp tractor with a … END_OF_DOCUMENT_TOKEN_TO_BE_REPLACED 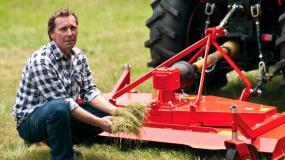 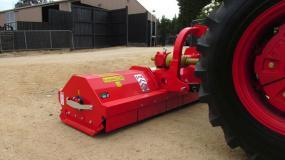 The Del Morino Levante is a heavy-duty, premium flail mower for larger tractors, from 80hp to 120hp. The Levante has been specifically engineered for effortless mulching of heavier material. It can be … END_OF_DOCUMENT_TOKEN_TO_BE_REPLACED 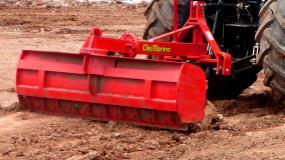 Del Morino linkage spreaders are designed for fertilising fields. Simply attach the spreader to your tractor’s three point linkage, pour manure into the top of the hopper and let it distribute the … END_OF_DOCUMENT_TOKEN_TO_BE_REPLACED 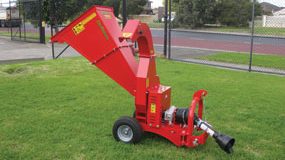 Del Morino tractor chippers are high-quality tractor implements, which are precision-engineered in Italy and sold worldwide. These quality, tractor wood chippers are extremely durable and … END_OF_DOCUMENT_TOKEN_TO_BE_REPLACED

Del Morino S.r.l. was established in 1875 in Caprese, Michelangelo, the birthplace of the famous artist. The company is situated in the beautiful hills of Tuscany. The superbly built range of agricultural implements from Del Morino are unlike those of many other implement manufacturers.

Del Morino tractor implements have been designed from the ground up as “small tractor” implements so you know that your implement was purpose designed to fit your compact or small, utility tractor. For example, the Del Morino RES10 backhoe was specifically designed for small tractors including sub-compact tractors as low as 18hp. It is a fully functional, quality backhoe that is light and stable. Weight and stability are significant issues when it comes to compact tractors; ignore them at your peril. For this reason, the Del Morino RES10 is the best sub-compact tractor backhoe on the Australian market.

Companies that have historically produced large or broad-acre farm implements, have attempted to scale down their offerings to compete in the growing “small acreage” market. This is known as top-down development. The top-down approach can lead to problems with over-engineering. Again, compact-tractor backhoes are a good example and many offerings are simply too big and unstable, especially during transportation.

Some Asian companies have merely attempted to copy the best small acreage manufacturers without understanding the engineering precision that is required, especially in the context of multiple moving parts, such as high-speed shafts, belts, pulleys and gears. Product safety, reliability and performance are significant issues that should be taken into consideration when purchasing implements.

Del Morino has been building farming equipment for small farms in Italy and ensuing international markets for over 140 years.

Italy has a heritage of small acreage farming and the “Italian Farm” has largely remained a small family-run property, averaging 7 hectares. At the turn of this century, Italy had approximately 1.47 million tractors, making it the third-highest number of tractors per country, in the world. That’s a lot of small tractors! Del Morino has been making implements for small tractors ever since small tractors were introduced into Italy.

Del Morino has not designed its products in response to a new growth market: Del Morino is already an important part of the history and future of small acreage farming.

Del Morino holds ISO 9001 certification and as an environmentally responsible and proactive member of its local community, converted to Solar Energy in 2010. It installed 2000 sq. metres of solar panels, guaranteeing a reduction in CO2 emissions of 180 tons per year. Del Morino is now able to run its factories, 100% independent of external electricity. The company is extremely proud of its environmental record and its standing in the community. It is this same pride that enables it to produce implements that are among the best small acreage implements in the world.

SOTA Tractors is the exclusive importer of Del Morino tractor implements in Australia. We are in regular communication with the factory. SOTA carries a well-stocked inventory of spare parts and consumables, on the shelf. 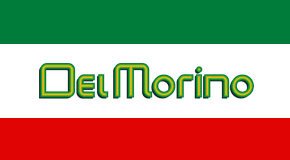 Del Morino manufactures some of the finest, small farm tractor implements in the world. This Italian family-run business has been manufacturing small acreage tools and machinery for over 140 years and they know their stuff. Read more about Del Morino...

Del Morino utilises Italian components and Italian design and build quality. While there are numerous Chinese knock-offs, they are simply not in the same class when it comes to performance and longevity.

We love Del Morino implements at SOTA because of the company's precision engineering. This is essential for more complex implements where belts, pulleys, gears and high speed shafts are involved, such as flail mowers and finishing mowers.

Del Morino is the choice for commercial farms and discerning acreage owners, when quality and longevity matters. 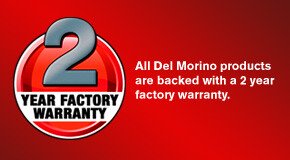 …I had a small mishap while slashing where a front wheel buckled and within 24 hours of ordering a rim replacement it had arrived at Coffs Harbour from your Brisbane Depot. Excellent service! The 554 is a versatile and reliable tractor and I would recommend it to any prospective purchaser. It represents great value. Many thanks.”